The Not So Golden Olden Days

I am about to tell you something strange. Something that happened tonight.

Yesterday, some time in the early evening, I was hand washing a plastic cup that belongs to Noah. I was multi-tasking, washing the cup and asking him to brush his teeth and get into bed. So, when the water flowing out of the faucet was cold, instead of it's usual burning hot, I barely gave the fact much notice.
I remember thinking: "Oh! I must have turned the wrong knob, that's funny.", and rushed off to read to Noah.

Later that night, Jon came home around 10:30. He'd been out with his co-workers for a "team-building" dinner and a company bowling party. The "team-building" dinner was a mound of steaks that Jon was in charge of grilling behind the office. So when he came home, he said he was sweaty and grilly and was going to take a shower.
And that's when he was like........... "LAUREN............. do.you.know.there.is.no.hot.water?"
And then, BING! I had an Aha! moment. Oh yeah, come to think of it now, Yeah Jon, I guess there is no hot water!

Turns out that our pilot is blown. The pilot light unit, it all needs to be replaced. Kind of a big pain, annoyingly expensive, but it could be worse.
The only thing is, when we finally had a service call from the plumber today at 5:00, it was too late in the day to find the special unit part. Or, whatever it was.
Supposedly, (PLEASE UNIVERSE) they'll be able to get the part tomorrow, and then come over to install it.

At first, I was looking at this no hot water thing as an awesome chance to explore my love of all things olden days.  You know I'm obsessed with this old house and the history and Greenfield Village, and the way people lived back in the day.

I even made this old-fashioned skirt last week, complete with fabric "yo-yos" on the pockets. 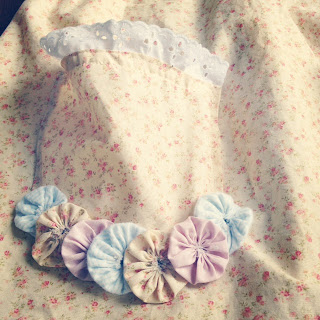 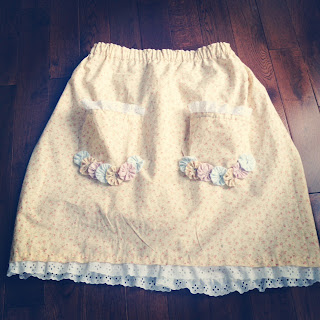 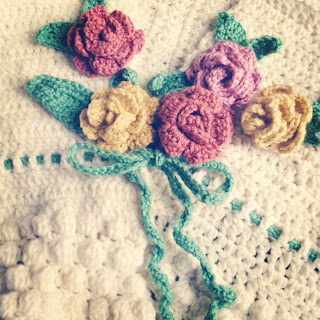 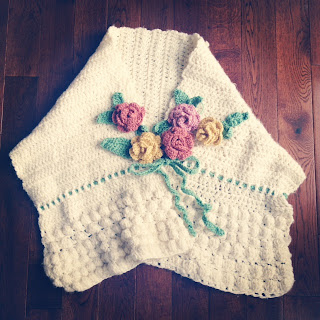 AND, this simple floral arrangement in a quaint jam jar. 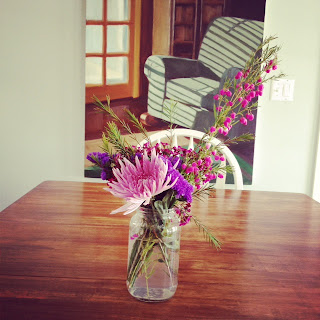 See,  if that isn't olden days stalking, then what is?

And I was all full throttle about this living history adventure of life sans hot water until this morning, when Jon started hollering from the bathroom.
He was taking a shower. A very, very, very cold shower. So cold that it was PAINFUL.
And after flying out of his ice shower, I just heard the hairdryer going and going. I think he was trying to de-ice.

Through  a 6:00am blurry fog, I just remember his intense message for me: DO NOT ATTEMPT  WHAT I JUST DID. IT IS DANGEROUS.

Luckily for me, I neither stink, nor sweat. Ever.
So I will admit to you now Internet, that I bathed today by brushing my teeth.
And besides, the hot water was going to come back on at some point today. Right?

Well, Nate the plumber came and went, and still no hot water. Maybe tomorrow, at the latest, Saturday.
In the meantime, I was kind of thinking that since it was 92 degrees out today. Yes, really, it was 92 degrees today. The adult thing to do was to bathe.

So here's the strange thing that I wanted to tell you about. I didn't have a lot of options. I could risk hypothermia and certain pain if I were to take an ice cold shower, and Jon thought it would look odd to the neighbors if I donned a bathing suit and washed my hair and sudsed up in the backyard hose. 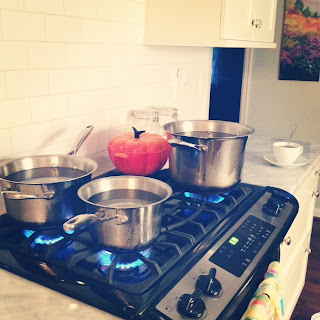 They would have heated water up over the fire, and then poured it into a big tub!
So I filled the bath up half-way with the FREEZING cold tap water and then waited.........
After ten minutes, the water in the pots were hot, and Jon was nice enough to carry and dump them into the bathtub for me.
I even made myself a cup of coffee, because I thought it would help to stave off the hypothermia. You know, heat the core.
Well, I can just tell you this, it was still God-awful FREEZING! Like Lake Superior in February cold.
When I got in, I let such a loud unintentional scream, that I woke poor Noah up! It was crazy. So much for the whole "I pine for the good old days" crap.

Seriously, this was the most hard-core bath I've ever taken. It was rough.  I don't recommend such a thing.

On the bright side, WOW is my hair ever soft! I don't know if it's the cold water or what, but it's nice.
An while this was not a pleasant experience, I'm glad that it happened because now I'm sure thankful for modern indoor plumbing!

Let's just hope the water heater is fixed soon. Otherwise, you might walk in and find me lathering up in your bathroom one of these mornings.

There is a reason I was born when I was. And this, my dear Internet friend, is probably one of the main reasons why. I can go a day or so without bathing because I'm allergic to sweat (that's my story and I'm sticking to it), but I love a warm/hottish shower any day and would absolutely crumble into a puddle of mush without my modern plumbing.