A Lego Cleaning Quick Tip from How Bourgeois!

If your family is anything like mine, then you probably have several Lego building sets put together and laying around.  Maybe the kids play with them, maybe they sit delicately perched on the shelf, with your hopes that nobody EVER takes the damn thing apart again! However it may be, YOUR LEGOS ARE GATHERING DUST.

It's easy enough to clean the individual pieces when everything is taken apart, but when you have a creation that you or your child or both of you painstakingly put together over four coffee fuel hours of total annoyance and frustration because you CAN'T FIND THE STUPID GRAY TWO CIRCLE PIECE! UGH! joy, you want to keep that thing intact at all costs! Truth is though, your in-laws come over sometimes, and you want to give the illusion of a clean house, especially when it comes to things regarding their grandchild.  ;)

A couple of months ago, after it spent quite some time on a shelf, I took down Noah's Lego police station. It had collected an impressive layer of dust that at first I tried to ignore. (I mean, who really wants to clean Legos?) But after living with and looking at the nasty, dusty police station for a few days, I knew I had to do something.

First I tried dusting it with a Swiffer cloth that only did a marginal job at getting the dust out from between this little Lego circles. (WHAT are those things called????) Then I moved on to spray cleanser and paper towel, which just turned the police station into a wet, dusty mess that smelled too much like "cucumber." Sick.

I think though, I've found the key. First, do everything that I mention above, and then run into your bathroom and grab some q-tips. The task ahead really doesn't take as much time as you think it will. Just go at it. Drive your q-tips around everything, using new, clean q-tips when needed. I'm telling you, it might be the only thing that works, short of taking your Legos apart. I've thought of using the vacuum with dusting attachment, but could you imagine what hot water I'd be in if I accidentally sucked anything up!?  *shudders.*

You don't have to get everything perfectly. Just enough dust so you that don't look like a slob.


(This is me mid-police station -clean). 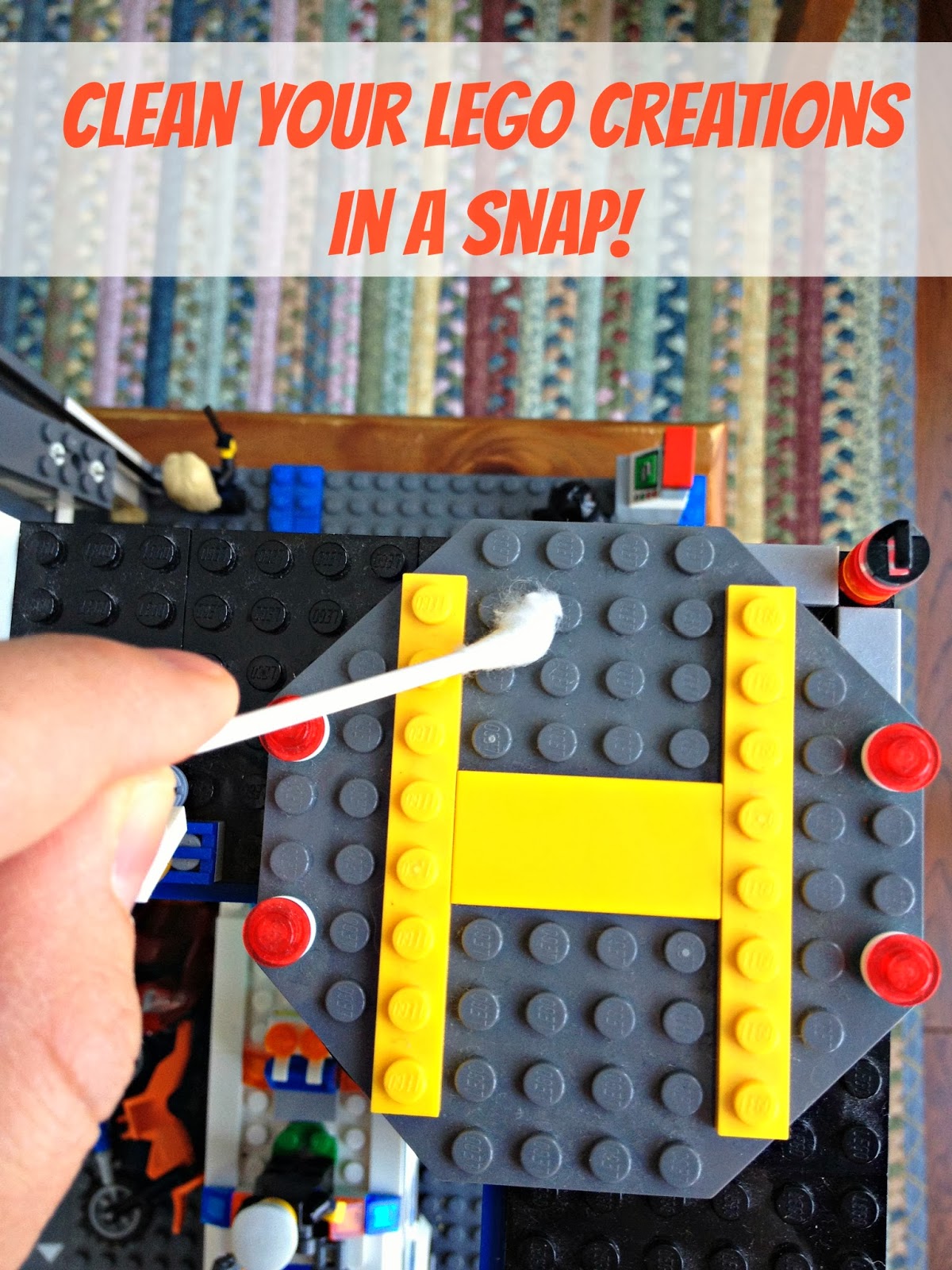 So yeah, q-tips, that's all I got. Hope it works for you too!

using q-tips would take forever, I would soak them in a cleaner solution in a bucket for a few hours-over night then dump them out in a strainer then spread them out on a towel on a cookie sheet then leave in sun for a few hours, if not just take a hair dryer to them on the towel.