Dear Mr. Secret Neighborhood Darcy, do You Wonder Who I am Too?

When your life is like mine, ( and I'm not complaining here) where the days go like this each week: Monday - water the indoor plants, do the grocery shopping, laundry,
Tuesday - sweep the stairs, sweep the floors, vacuum, laundry,
Wednesday - clean the kitchen , dust the furniture, laundry..... (you get the picture. )

When you're home each day and the trips to school and the snacks you pack and the number of little socks that you wash and fold together and put away all meld together........
You find yourself looking out the window at the world sometimes, waiting for something small, something different from the usual day-to-day to walk by.

As long as I can remember, my friends and I had "double takes", funny names for people we didn't know, but who played out as characters in our everyday lives. For example, there was the aptly named "Utopia" in high school. He was perfect, just like a utopia we thought. He drove a Jetta, looked the spitting image of 1969 John Lennon, and was a devoted Dead Head. (Please don't ask, I've moved on.) And then during the college years, there was Oasis double-take, whom my friends named after seeing a boy around campus who looked EXACTLY like Liam Gallagher.  If I remember correctly, that period of double-takes was fun. It occasionally included over exaggerated drunken double take head movements when a double take was spotted on campus.

It's all harmless, means nothing, but for some reason, it is both exciting and fun when you have a double take sighting. You get to call your friend and say: "Hey! I saw Mr. blah-blah- blah", or at the very least, have laugh with yourself.

At times in my life, especially when I've been feeling a little lonely, or a little isolated, I've found "characters" in my neighborhood. I think up fun double take names for them, and wonder who they are and what do they do? I've almost never found out, never met them in the end, but it's entertaining to imagine up their story. It's like writing a novel, in your head!

In San Francisco there was the 10-speed pirate. He rode a 10-speed bike up and down  Judah Avenue, dodging the train, with a parrot on his shoulder. A LIVE parrot!
And there was the Satan woman, with her screeching calls to anybody that dared pass her on the sidewalk .....Satan! Satan! The devil is in YOOOOOOOU. She'd say. Just to anybody, for no reason. Always.
Poor Satan woman.
And I would see "Sad Smiles Boy" everyday. He was a homeless boy who begged for quarters on my corner. But, he smiled a lot, and it was a nice smile, and he was young and I would sometimes cautiously speak with him and say: "You have a good smile. You can go do anything with your life." And it was all sad, because he was homeless. Sad smiles.......

And here, where I live now too, there are double takes. Like Quick Man, the very tall, very very thin man who speed walks past our house. He always look down. He never looks up, not even when crossing the street. His head hangs over like a willow tree. I feel so so blue when I see him because I can tell, by his abnormally quick and ridged gait, and the way he won't look at the world, this man must feel some kind of sadness. Maybe he needs a friend. I'd be happy to say "Hello!" and wave, but I have yet to come face to face with Quick Man. I've really only seen him from my car as I'm coming or going, or from behind the window.

It's funny, because sometimes I look out of my windows, and feel like I'm in my own, tiny, self-imposed jail cell. It's all my fault, I was the fool who just HAD to have the muntins made for the upstairs windows didn't I? Because that is how they would have been in the 1800's, blah-blah-blah....

There are other characters, other double takes in my neighborhood, usually involving dogs or speeding. I like the total James May from BBC's show, Top Gear double take, who was behind me in the voting line last November, who goes past my house once in a while,  who drives a Fiat Abarth. Broooooooooommmmmmmm.

But there is one neighborhood double take who is my favorite, Mr. Secret Neighborhood Darcy. Mr. Darcy for short. I think he is my favorite because Mr. Darcy comes past our house regularly. He's the one with the most interesting story I think. 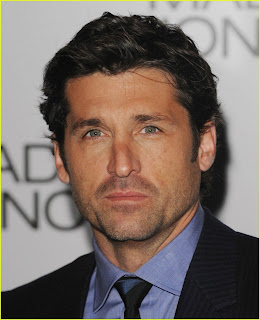 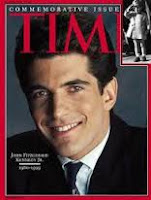 Mr. Darcy walks past our house with his dog, a great big cute dog. For the first year, I was almost too shy to nod my head and say "hello" to Mr. Darcy, but then when I realized that he'd actually say "hello" back, that I wasn't too plain and boring and invisible for such a double take to notice, I was less afraid.
Don't get me wrong, two years on, I'm still afraid when we smile and exchange polite "hellos", but it's not quite as traumatizing.

Usually I'm out watering the bushes and the flowers or the lawn in front. Often mid-day, which I know is not the smartest time to water, but it's when I'm free. Mr. Darcy walks up the hill and past my house with his dog. He's always wearing some part of a suit, I'm guessing his lunch hour. "Hello" I say, "Hello" says Mr. Darcy, and that is it. That is all.
Then, twenty minutes or so later, he comes rambling back up the hill in his Porsche.

Mr. Darcy, I am guessing, is an attorney. Immigration law I would presume. He doesn't enjoy it though. No, what he really wanted to be was a writer. A great writer, like his heroes, Hemingway and Salinger. Oh Salinger. But sadly, his father would hear nothing of it. Mr. Darcy's father is an attorney, and his father's father. There was no way.
Either that or Mr. Darcy is naturally a playboy aristocrat.

I have seen Mr. Darcy walk by twice with a mystery woman.  He with his big dog, and she with her little dog. It is very cute. Mystery woman could be Mr. Darcy's sister, as would the plot probably surprise us with . Although, doubtful.

Today was a double Darcy day. First Mr. Darcy came galloping into my favorite local coffee shop in town. He flashed past the corner of my eye as I sat with Jon and Noah, sipping my almond milk latte' and nibbling a macaroon. 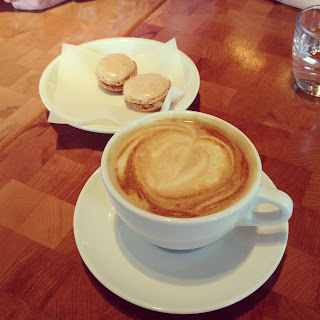 Oh no! Mr. Darcy! I wanted to run, but it would be much too obvious if I suddenly threw my chair out from under the table and bolted. Act normal I thought, don't be a dork.
Mr. Darcy took his coffee and turned towards the door. He saw me, I couldn't be rude and blatantly ignore him. "Hello!" I said with a smile. "Hello!" said Mr. Darcy..........

Then he walked to sit outside on the patio with his fancy bike. I peeked through the open windows. It was strange to see Darcy anywhere but our hill.

(For the record, Jon knows all about Mr. Darcy too. It's not a Darcy secret.)

Then, later today I went to the grocery story. I was heading west, which meant I went west through the neighborhood at the bottom of our hill. I have NO IDEA, I repeat, no idea where Mr. Darcy lives. I took my regular route through the neighborhood and out onto the main road. And to my SHOCK, there was Mr. Darcy! It was so embarrassing as I drove by. He was on some random driveway, talking with some random man. Mr. Darcy knew it was me. You could see the recognition.
Invisible shield, ON!!!!!! Oh how I wish. humiliating.

And THEN, just this evening, I was upstairs composing the beginning of this very blog post, when I heard a car, happened to glance out my window, and there was Mr. Darcy in his Porsche!
And like always, he sped off......

Tonight I decided to take a short walk before the sun went down. The weather is just spectacular, it's gorgeous! I walk for exercise and to clear my mind. All of this Mr. Darcy talk made we want to listen to the Pride & Prejudice soundtrack. It's very nice. My favorite is the track is Liz On Top of The World.

I felt so alive and free! It was the fresh air and fall and the sun setting.
I saw so  many amazing things about the world tonight: 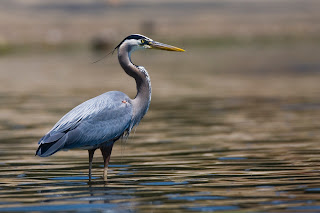 This night I walked the half-mile, down the hill to the local cemetery. I thought about what I had read. That a hundred and fifty years ago, and even before, when somebody would die, the funeral procession would go past our house, down the hill and to this cemetery. Think of the thousands of times a slow moving old wagon would pass, and all the tears.

I was going to say "hello" to Ann. She lived in our house from 1868 until her death in 1888. Ann is the first documented owner of our home, although somebody unknown built it around 1860. I feel like Ann helped us get this house. It was the longest shot ever to buy it. So many many things fell perfectly and incredibly  unexpectedly into place for us to get this particular house. That is a whole other story, for another day, but I am forever grateful to Ann and the others for caring for and protecting this little place over the years. It belongs to all of us.

It was getting close to dusk, and the cemetery closes at dusk, and although I think the exact time of dusk has a gray area, (hahahahahahahah. get it?) I didn't want to break any rules. So, I hurried over to Ann's grave site and I made it a quick conversation. I said my "hellos" and I asked Ann if there was anything special that she learned about life in her 79 years, anything that would be helpful to know about what it all means. I asked her if there ever was a time, where she felt so very very VERY grateful and thankful and happy about her life as a housewife, and incredibly appreciative for all that she had in house and in family, but also had tiny moments of hoping that she was still valid to the outside world? Was it normal to feel a little invisible as a housewife, and to once in a blue moon, long to be feeling young and carefree again? Did she look out the front windows, the same front windows that I do now, the same front windows from 150 years ago, and sometimes feel like outside was hustling and bustling (literally), without her?

While this was a one-sided conversation, and I'm sure I looked Looney Toons having an animated conversation with a tombstone, I got the feeling that yes, sometimes perhaps Ann felt the same way too. Maybe. That this just could be a universal feeling that we all go through once in a while. At least for those of us who don't hold down a high-powered career or are some kind of romantic world traveler.

I wonder if Ann had a Mr. Darcy too. Maybe he lived at the bottom of the hill and walked his sheep past her gate. Maybe he rode off into the sunset on his horse.