Excuse Me, Could You Please Remove Your Latex Glove from My Driveway? 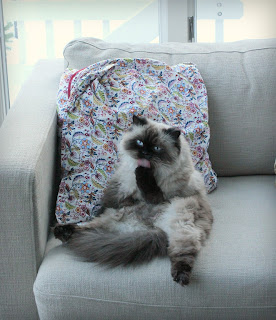 Hello internets. I would like to tell you an important story today.......

There was this shriveled latex glove that was kind of sprawled out across the end of our driveway over Christmas break. It was there for a good week before the glove slowly migrated into the street, across the street and then just disappeared one day. When we first saw it, we were like: "Eeeww. Oh my God! Who would put that there"!? And I asked Jon why in the world would there just be a random latex glove at the end of the driveway and WHAT were they doing with it?

It was all gruesome looking. You know, like it was dirty and lewdly gesturing somehow.

All I know is that it was disgusting and freaky and THE LAST thing I was going to do was pick up was that IV drug user's doctor's fake condom. And, since there was snow on the ground, there was no stick around to pick it up with.

I think Jon felt the same way if  I had to guess. And then, I don't know why, we just got busy with the holidays and it snowed and we were outside less, and just.....nobody remembered to call the hazmat team to come pick it up.

But when I was outside, coming or going, I'd see the glove as it migrated, always remembering to carefully step over it, letting out and audible : "Siiiiick"! And hurrying away.

Eventually, one day, a few days after the dangerous glove had rolled across the street, it just disappeared. I was relieved.

And then yesterday, something dawned on me. HEY! Wait a second.......! That was OUR latex glove!

Let me explain. Two words :   Kitty. Litter.
Once we I finally decided to have a professional abatement team come in and remove the small areas,  of undisturbed asbestos from our basement, I was finally feeling ok and willing to regularly scoop the cats instead of Jon.

That was. Until.  We  I got the idea that the air quality guys should come BACK and test for radon. Which they did. and.of.course. it. was. and is. a. tiny. bit. high. Because why wouldn't something just be asbestos free , radon free easy?

So now I'm still a little afraid about regularly going down the basement, but the readings were barely above average, and even the air quality company did not recommend rushing to fix anything.  If I can't always control the environmental factors though, at least we can wear LATEX GLOVES!
Because you KNOW....... microscopic cuts on your fingers? dry, cracked knuckles!? Taxoplasmosis!

"Carelessly handling cat litter, which can lead to accidental consumption of infectious particles".

So, the moral of this story is, if you find a latex glove on your driveway, before your are so quick to judge, stop and ask yourself, "Is this MY latex glove"? Sometimes the answer will just surprise you.
at January 08, 2013

I'm so happy and excited for you! What an neat journey and change this will be after 15 years of hair dye. The freedom from worrying about our roots can be sooooo nice. I hope you love your new grays! Two months is a BIG accomplishment, so pat yourself on the back! :)
Thank you for your sweet words. I'm glad that the blog could help!
xo,
Lauren :)

Like! I said to my self "enough" ... its only hair it grows back, so I cut it like a short buzzed in the back man's cut.
I am letting it grow out... I have curly hair so as it was growing out I wrapped in a scarf ( that I grew to like) now I can
push it back with a head band ... looking forward to it reaching my shoulders : ) it won't be long now.

WOW! It sounds like you are on quite an exciting journey. I bet your curls look lovely with a scarf. So pleased for you. Sending lots of cheer as your new hair grows and grows! :)
xoxoxox