Oooooctober!!!!!! But Actually, This Turned out to be Mostly a Lame Tangent

I am SO excited about October. OCTOBER!!!! My favorite month. THE BEST month! The most beautiful month! The one that smells good.  You might not agree with my assessment of October, but that would make you WRONG. Honestly, it's the best month there is. Every year, every single year, I wait for October. Who cares about the end of December, or the start of summer. October, that's where it's at.

When I was a small zygote of a girl, I would count down the days to October. Because in October, you can start being all Halloween, and you can wear your plastic candy corn necklace and matching earring set that your Mom bought you from Hallmark . And I did. WITH a red bandanna additionally tied around my neck, AND a jean jacket.       For picture day.

Because you know what? I was just me. Me. And I was ok with that.
I had seven imaginary ponies and one Mother horse named Sugar Cube that needed exercising at recess.  Eight equines, they kick up a lot of dust. I would never be ashamed of that helpful, dust-deflecting, red bandanna.
Is a cowboy embarrassed by his chaps!?
Well, maybe. But that's different .

This is a bit of a tangent, but did I ever tell you about the imaginary elephant with the self-serve pudding bar on top?

Apparently, my imaginary elephant with the self-serve pudding bar on top, the one that lived in our third-grade classroom.  Apparently, it caused a lot of distractions for me. And while it wasn't MY fault that the teacher couldn't see the actual elephant tail that I was carefully grooming. (Yeah, I know. Now I know, there's no fur puff on the end of that thing.) A meeting with my parents was still called, and I had to tone-down the day-dreaming in class.

This elephant, he was huge. HUGE! An Indian elephant.
I designed his whole outfit and gear. First there was a gorgeous, red Persian rug with golden tassels on the ends, that draped over his body. Then, strapped around the elephant was a beautifully embroidered belt, that held a sandbox sized, well, sandbox on his back. The sandbox had four post, which supported a canopy up over the box, and hanging from the canopy were upside-down wine glasses JUST LIKE AT THE BAR!

Inside the sandbox like box, was a stool for me, and a super awesome pudding bar. Chocolate pudding only. Jell-o brand of course. And at least ten different kinds of sprinkles, chocolate sauce, hot fudge, whipped cream, and always......Maraschino cherries.

Table for one please! I'll be having puuuuuuuudding.

Oh, and the elephant, I could tell him wherever in the world I would like to go, and he would magically lift off and fly us there. And sometimes, I wore a giant prom dress, that had a twenty-foot train that flowed in the ever present imaginary wind.

So, yeah..... I'm not sure what your nine-year-old self thought about, but this is what was in my head. 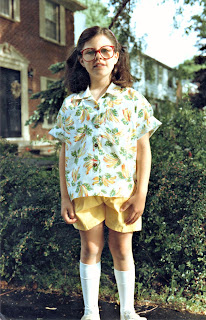 It wasn't easy. It never was. Never, never. Not even in college. I'll tell  you something though readers, if you are being yourself, and that self is a bit goofy and different, and you're ridiculed and belittled for a long, long time...... it does eventually get better. It gets better when you grow up, and you find a way to surround yourself with kind, non-judgmental people. People, who like you, for YOU! They're out there. Don't give up! :) 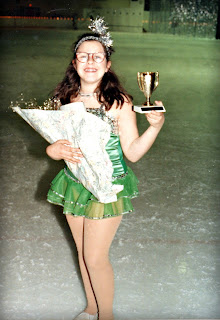 When I was growing up, during the "elephant pudding phase", I lived in what was at the time, the fourth wealthiest county in America. It had to do with automotive executives. As you can imagine, in any affluent community, being gorgeous, with the right clothing, the big house and the expensive car, it was everything. These well-off parents more often than not, dressed their little spawn in a perfectly preppy parade and taught them that fitting in was most important. Fitting in, and that belonging to this material elite made them better.

Better than the girl who had the seven imaginary orphan babies, and the seven ponies that they rode.  (And the one horse, and the elephant and pudding bar.) Better than the boy who chewed the inside of his cheek as a nervous tick, because his father passed away. Better than the kid with the speech impediment, or the one who's mother cut his hair, because they were trying to save money....

If there were only a handful of life lessons that I could instill in Noah, one of them would surely be, that being yourself, an authentic YOU, is far more important than following a flock to fit in. That accepting people no matter who they are is what really matters, not money or power or materialistic pursuits.

Not being tied to the thought of keeping up with the Joneses, or the exhausting search for power and prestige, really frees you. It allows you to play with the little boy who chews his cheek, or gallop around the playground to your heart's content. You get to stop dying your gray hair every three weeks, and you're able to wear toasty warm, completely stupid purple snow boots all winter long without worry. You can even publicly admit your love for crocheting, and cats, and staying home on SATURDAY night! It's so wonderful.

It doesn't matter what you wear or the car you drive. Or the size of your house, or your truly remarkable level of hipness, or the beauty that stares back in the mirror. It doesn't matter how much power over others that you think you have.
Because as you all know, when we die, we can't take any of that junk with us.


Be what really matters today. For each other. 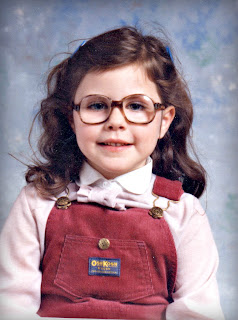 Love! Love! Love! This post! And I want an elephant with a pudding bar! That's pure genius right there!

I love this post! I knew you'd be my friend the moment I saw you Lolo! And also, I really, really relate. Now I'm at a place in life where being a weirdo is strangely kind of valued, and wearing my hair in all its wild glory has given me an advantage in my career. I just laugh at that every day! Imagine something I was TORMENTED for becoming my niche market! It's so, so important to teach our kids what's really important. I give this post 8 opposable thumbs up.

Oh the pudding was just delicious, I wish I could have shared some with both of you. :)