She came into our lives one day in 2002. A teeny tiny cat, 7lbs at her mightiest, with a curled little tail like a piglet. She had already been through a lot in her short seven or so years of life . Starting off on the streets of Detroit, ending up at the Humane Society, in a cage with a bigger cat who was pouncing on her, and  luckily saved by our good friend Naheed. After that she moved around a bit, and because of a cat allergy, finally came to live with us.

That made Priya tough. She was the smartest cat I've ever met. You could tell she was listening, and even more so, understood. She was scrappy. Strong and fearless. For a long time, she would bite as a reflex if we suddenly moved a leg in the night. But I understood. Where she came from, you needed to be on guard. With time Priya relaxed , became gentle. So gentle. She befriend our rather large guinea pig, Dr. Joel Flieschman. She'd let me carry her around the house, and we watch out the windows. Near the end Priya would jump up on the bed anytime I'd lay down. She come and shimmy up next to me, and lay her head on my arm. I wish I would have been more conscious of those moments.

Priya had great adventure too. She was an escape artist. First to the second floor balcony of Jon's apartment, over and INTO the neighbor's apartment to meet her elderly cat! She moved to and from San Francisco. Riding in a tiny coupe for FIVE DAYS both times. A two-door car with two humans, luggage,  a guinea pig, a kitty litter box and a cat! She saw Omaha, Cheyenne, Salt Lake and Reno. When we arrived in San Francisco after five long days, we opened the door to our new apartment and Priya promptly RAN UP THE FIREPLACE.  I was so scared. Thankfully Jon was able to coax her out, and she looked just like a chimney sweep. She road the Muni train with me to Golden Gate Park, and walked in the grass. She was my constant companion.

The night I had Noah, before going to the hospital, Priya laid right next to me, gently pawing at my giant stomach. She was saying: "Ok, this kid is coming out!"  And, of course, she was exactly right. She was understanding and incredibly gracious to share me after he came. A wonderful big sister.
She also weathered the addition of her fluffy fur- brother , and then finally her drama queen of a fun-sister. Accepting and caring towards both.

Priya started losing weight two years ago. We found out it was her thyroid. Priya went on medication that we gave her, especially Jon, twice a day. She hated all of those pills. It was hard. We tried all kinds of tricks to make the pills easier, hiding them in hot dogs, crushing them into ice cream, gel caps, powder form in fishy smelling wet food.....she always seemed to know. I'm glad that for the last few months, we were told it was ok to stop the big pills. She was happy. And, we were given a new medication in cream form to replace two other pills. That was good. Our vets at the Cat Practice were incredibly, incredibly compassionate and caring towards her. They listened to what she was telling them and help where they could and comforted in the other places.

This weekend, I just knew. I could see it in her eyes, that Priya was ready to move on. She had stopped eating and drinking, no matter what we tried. And we've tried it all, even pate'.
Our vet has a special program, "kitty hospice" at home, and they thought Priya would be a good candidate for it. I asked very directly and twice, "would Priya be in pain?", and she assured me "no", which I pray was true. They sent us home with a pain patch on Priya and some IV fluids for the next day. We were told that they patch was very very effective and would not cloud her mental state, but would take the pain away.

I can't go further. It's just too painful and sad, but I'm so glad that Priya slipped away at home, in our room, a placed that she loved, with her brother and sister cat nearby and Jon and I with her. I told Priya to look for the rainbow, and I told her the colors. I said your Mom cat and Dad cat might be there, and hopefully Dr. Flieschman too.

We loved her SO much. We still do. Thank you Priya, for being part of this family. You will always be right there in my heart with me. Everyday. 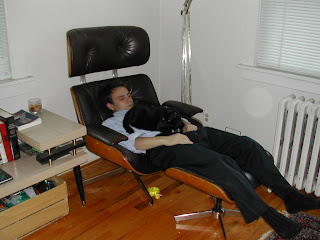 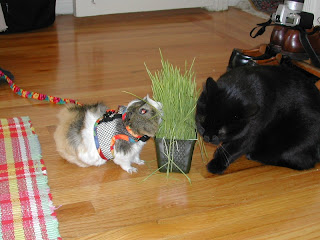 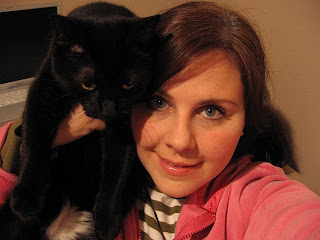 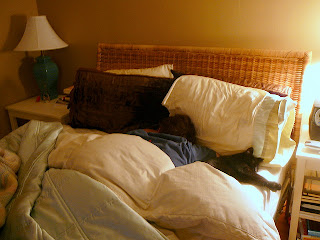 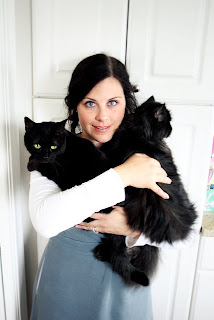 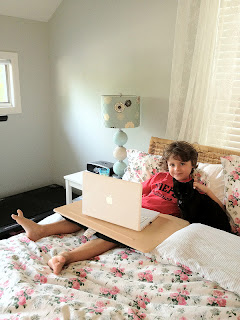 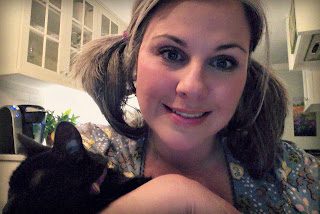 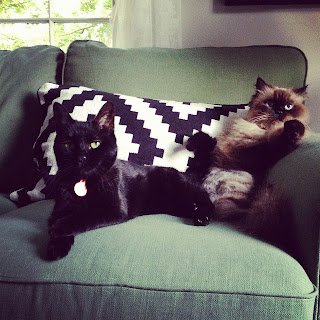 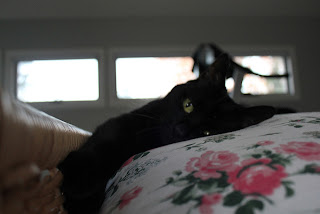 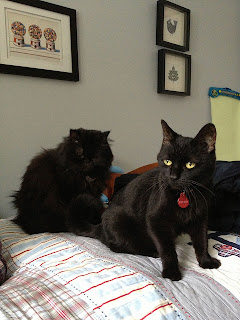 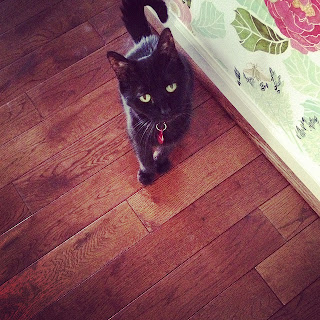 Lauren, I'm so very sorry for your loss. She was cherished and loved you very much. I know this pain too well, and I miss my babies (15 and 21) every day. My thoughts are with you, your family and Priya's siblings. Hugs*

:(. Losing a pet is so incredibly sad. Sorry, Lolo!

Oh, Lauren! I KNOW how hard it is to lose a four-legged family member. Sending you, Jon and Noah LOTS of love and peace during this difficult time.

Oh, Lauren! I KNOW how hard it is to loose a four-legged family member. Sending you, Jon & Noah love and peace during this difficult time.

Thank you SO MUCH Poupette, Laura and Guatemama!
I mean this, your words REALLY helped. I feel so sad, but I know that if my friends can get through their grief, I can too. I'm sorry for your loses also.
Thanks for the caring comments.
xoxooxoxoxoxo

I am so sorry about your beautiful cat Priya. It sounds like she had a very happy life while she was with you. I am glad that you wrote about her even though your eyes were swollen from crying because I think it will help you to feel a little better. My thoughts are with you...
PS: I have a sweet little black miniature poodle who is the love of my life, so I can imagine how hard this is for you. You sound like a really nice person.