Serendipity is a magic, fun word, with several descriptive meanings:
(From Wikipedia:)
Serendipity means a "happy accident" or "pleasant surprise"; specifically, the accident of finding something good or useful without looking for it. The word has been voted one of the ten English words hardest to translate in June 2004 by a British translation company.[1] However, due to its sociological use, the word has been exported into many other languages.[2] Julius H. Comroe once described serendipity as : to look for a needle in a haystack and get out of it with the farmer's daughter [3].
My favorite is "a happy accident". Have you had any serendipidous moments of late? Have you ever encountered serendipity and recorded it in pictures of film?
As I was going through old photos, I found some photos that perfectly illustrate serendipity from last spring This is a great memory that I'll always have, but the pictures help me remember it even more.
"Uncle Ilya" and "Uncle Robb". It's sad how once you graduate high school and then college, everybody moves away and spreads out. The strong ties of friendship bind us all together, but everybody is busy, off in their own world.
At this time, Robb was living in San Francisco, and Ilya in New York. Since these pictures were taken, Ilya has moved to San Francisco also, but last week, he moved back to New York!
It had been a long long long winter, and a drizzly spring. I remember this Sunday well. Jon and Noah and I were just feeling "Meh". Kind of blue, a little uninspired. Disenchanted with the Michigan gray. We knew that Ilya was in town, on a whirlwind trip. It was a friend's wedding in Ann Arbor. We also knew ahead of time, because of geography and schedules, that we weren't going to be able to meet up like we usually do. But then, we got a call early in the morning. Ilya's flight was changed and he had a free hour before heading to the airport! Hooray, it was a surprise Ilya visit! (You have to understand, Jon and I have known ils since we were freshman in college. We go back. He's special to both of us. In fact, ilya was my 26th birthday present. Flown out to San Francisco for a visit by Jon.) :)
To make things even more bizarrely serendipitous, Robb! Robb! Was actually coming through Detroit for just a couple of hours. It was very very odd to 1.) see Robb. (We usually only see him once a year.), and 2.) that Robb and Ilya interesected on the same day in Detroit!
Long story short, we all met up at a coffee shop. And that my friends is serendipity! :) 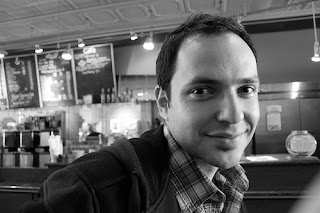 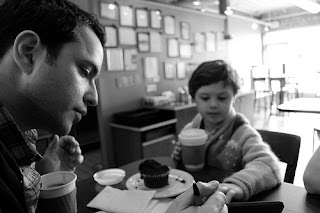 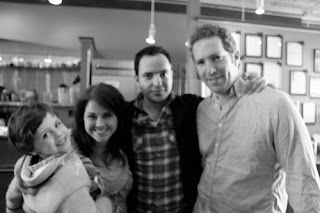 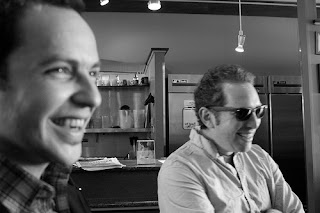 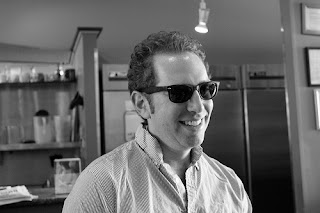 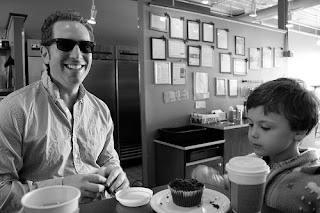 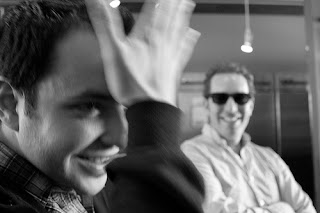 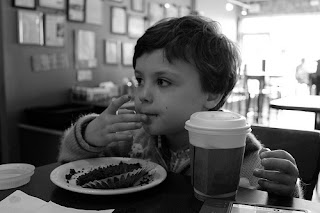