The Funniest Thing That I've Heard all Week!

My Dad is in town today. He told me something really funny over lunch. 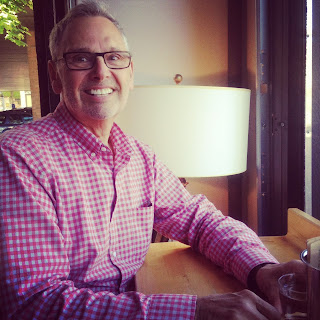 My father has a fun job. He's a women's footwear designer. Because of this, my Dad goes to China every 4-6 weeks to make sure that his designs match up with production.
There are a lot of of very nice and caring people that my Dad works with. They decided to throw him a  party last month, as he was in Guandong during his birthday.

Here is a picture from the party, and the beautiful cake that they brought for him. 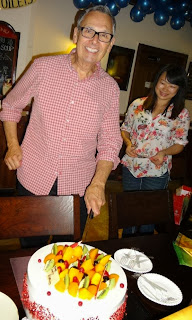 Then, later that night, when my father came back to his hotel, hotel employees gave him another cake! Isn't that nice!? (My Dad has been staying there for years, so they all know each other.)
My Dad was stuffed, so he took his second, little cake and put it in the mini-bar fridge for the time being. 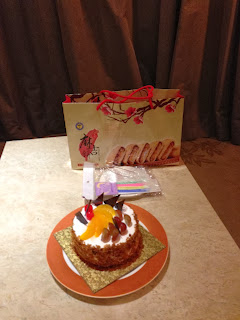 So then my Dad says that he had forgotten about the cake, and when he went into the mini-bar four days later, this is what he saw! 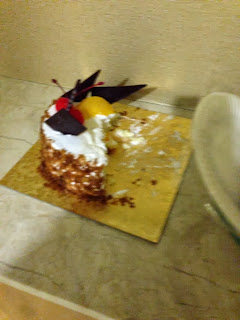 HAHAHAHAHAHHAHAHAH. That's awesome. SOMEBODY has been sneaking birthday cake! Too funny. The only person that it could have been was the maid. If it was her, I'm glad that she got some cake. I'd want to eat it too! LOL. ;)