What's For Dinner!? A Challenge! 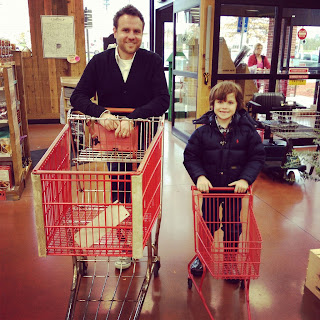 Are you anything like me? Having to run all over town, to two or three grocery stores each week, just to find everything on your list? It can really be a hassle, and it sucks up a lot of time in those precious "work hours" that I have between 8:00 and 3:00.

Our eating habits, and the way that we organize our meals have changed over the years. Jon and I  have always been "foodies" in a sense, and I like to think that we ate quite healthily, but after Noah's birth, we began to pay more attention to organics and whole food eating. I think it was just good timing, the birth of a child makes you re-evaluate all that you know, and in the mid-2000's , the movement of better understanding what you put into your mouth really began to take hold! 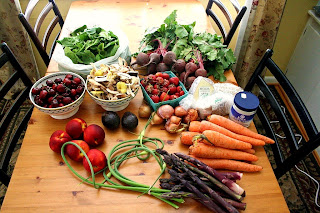 Today, our family is a mix of dietary stories. I've been a vegetarian for many years now, and haven't been eating gluten since last summer. (I'm gluten intolerant.) Noah has really struggled with eating for most of his life. We kept waiting for him to get over that super-ridiculous-picky stage, and so far, he hasn't. That said, the silver lining is that the foods he does like, are healthy. He loves broccoli! I'm so glad.
For most dinners now, I've just learned to make simple dinners for him....because he eats it....and separate dinners for Jon and I.  I used to offer just one, reasonable dinner to all of us, but after his last check-up, Noah's pediatrician and Jon and I agreed, that now it's time to just get him eating more. I felt so guilty and wrong making "two dinners", which many parenting experts say is exactly the thing that you SHOULDN'T do for a picky eater. But, we came to find that Noah finally began eating at dinner time, and even more so, I can't tell you how wonderful it was to finally drop the daily "try-a-bite" power struggle at the table. Everything just feels better.  I'm one of those moderate, "choose your battles" kind of parent. We might not all agree on what's for dinner right now, but it's hard for me to imagine that Noah will one day be an adult who is only willing to indulge in broccoli, yogurt and pasta.

Oh, and then there's Jon. Good old, level-headed, easy-going Jon. Who will eat whatever. He eats anything. Thank God!

So, between our vegetarian and meat eating needs, the picky eater, and the aversion to gluten, it's not always easy to come up with dinners. On top of that, we try to eat organic/free range/humanely as much as possible. Especially with Jon and Noah's meat, and our dairy. I try to cut back on over-processed foods, and make what I can at home from scratch. It doesn't always happen, but when I can, I do. (See 100 Days of Real Food.) Lately, GMO's have been on or minds too, and the thought of Jon and I doing a 30-day vegan challenge.  There's just so much to consider with our food system these days!!!!

Inevitably, I find myself visiting multiple grocery stores -Trader Joe's for basics, Whole Foods for meat and specialty items, Kroger for better deals on gluten-free staples. It's driving me nuts though. I really would love one-stop-shopping.

I really think it comes down to good planning. First we started using this online, recipe and meal planning site called "The Six O'Clock Scramble". It really is a wonderful service that allows you to customize your family's dietary needs, then suggests a week's worth of meals (that you can accept or scroll through for more ideas), and gives you a printable shopping list! We used The Six O'Clock Scramble for a while, and eventually I felt ready enough to give meal planning a try on my own.

One of the best ways that I find healthy dinner ideas now, is through Pinterest. I know that Pinterest can seem like yet another social-media site to suck up your time, but it really really is so much more. With Pinterest, the visual element is in the forefront. You SEE a photo instead of a simple text link to recipes, crafts, clothing, products, pets, books.....and on and on. Each of these pictures are curated into groups on "boards". Think of it as making your own digital idea boards with "pinned pictures"!  I have a Pinterest board for general COOKING, one for BAKING , one for healthy WHOLE FOOD EATING, one for specifically GLUTEN FREE, and a CROCKPOT board.

So with that, tonight I'm going to start my newest challenge: 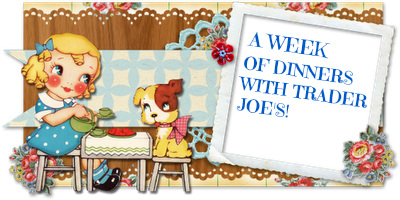 This week, my goal is to make at least five meals whose ingredients can all be found at Trader Joe's! It shouldn't be too hard, right? Especially with sites like "COOKING WITH TRADER JOE'S" and TRADER JOE'S own website that publishes recipes.  There is a lot to be found on the web on this subject.

In fact, I just started a new board on Pinterest, where I collect Trader Joe recipes!..... CLICK BELOW TO SEE MORE!

Well, I'm off! Time to choose several recipes and start making my weekly grocery list. Tomorrow it's Trader Joe's. Fingers crossed, and I'll let you know how it goes! 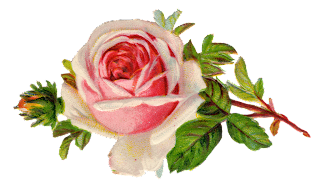 Loved to see how your Trader Joe's Cooking Adventure goes...my family and I are avid shoppers at TJ as well!

A new follower of yours!

Hi Jessica, it's so nice to meet you! Thanks for stopping by!

My plans to get all of my TJ's shopping done today have been pushed back a bit by a snow day. So many school are closed! I can't wait to get started on the challenge though.

I love your website, it's so much fun, and your paper dolls are just GORGEOUS. How absolutely creative and wonderful !

Thank you for introducing yourself, and for the comment. Hope to see you around again soon! :)