I feel so incredibly lucky to live just a short drive from Greenfield Village. They call it an "80 acre time machine", and I love every last inch of it. We took the leap a few years back and decided to purchase a yearly family membership. It was actually quite affordable in the end, and it's been worth every penny.

Started as part of the Edison Institute in 1929, this piece of living history stood along side the Henry Ford Museum and the experimental Greenfield Village School. The institute was dedicated by president Hoover to Henry Ford's close friend, Albert Einstein. On that day, in October of 29', some of the crowd included Marie Curie, John D. Rockefeller, George Eastman, Orville Wright and Will Rogers!

Henry Ford was an avid collector of his American history. He started Greenfield Village by purchasing, moving and reconstructing buildings from his past on the grounds. Important homes and other structures have been preserved, (83 of them!) so we can have a better understand of our common history and use it as a tool for the future.

Some of my favorites sites in Greenfield Village include The Wright Brother's Cycle Shop from Dayton, Ohio where they designed and built the first airplane! Or Thomas Edison's Menlo Park laboratory, home of the first....light bulb. Our whole family loves Noah Webster's beautiful 1823 home, where he penned America's first dictionary!

Today we spent some time at the Mattox family home and farm. It was built around 1880, and set to show life during depression times. The Mattox family was hard-working and big hearted. They lived in Georgia, and I believe originally some of the family members were freed slaves. It made me reflect on the hardships that many Americans went through. I can't even imagine some of them. 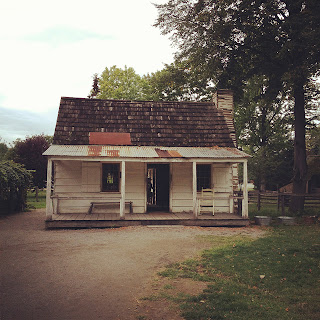 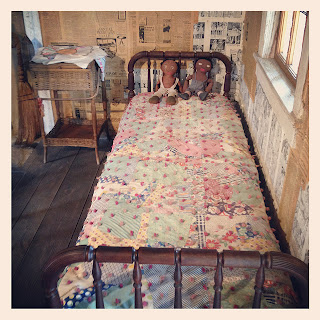 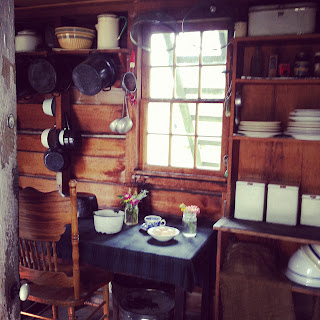 This is the 1832 Ackley covered bridge from West Finley, Pennsylvania! I just love Weeping Willow trees. I don't know what was the subject of this photo, the bridge or the tree! 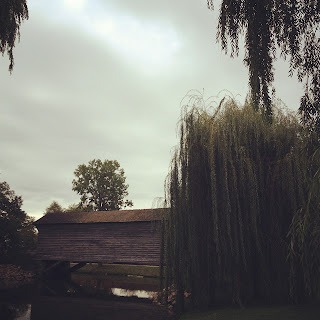 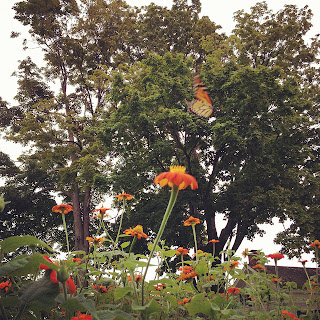 This is an old red farmhouse that I wanted to paint our current house after. We ended up with yellow, but someday, I would really like a red farmhouse. At least for a while. 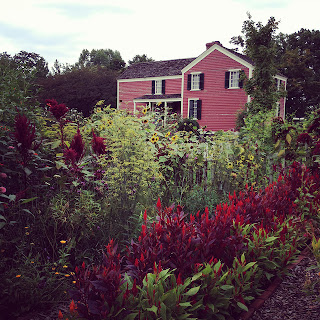 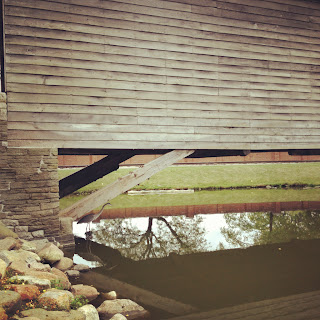 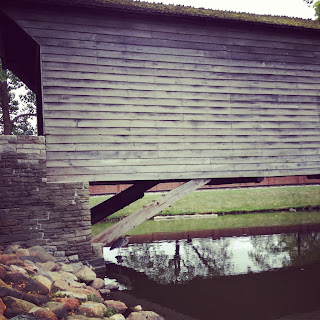 These gorgeous gardens are part of one of the few non-American structures at Greenfield Village. This is from Cotswold Cottage, which was built in the early 1600's in Chedworth, Gloucestershire, England. Isn't it pretty!?
I've DREAMED of going to see the real Cotswolds in England someday. Ahhhhhhhh, wouldn't that be just lovely?

I read these Cotswold blogs:  Emma Bradshaw and She Shops Local. 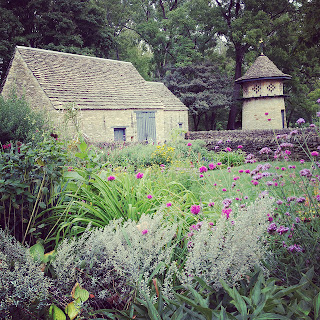 We also spent a lot of time on the Greenfield Village Railroad. Two whole trips around the park to be exact. And some time here, at the Daggett Farmhouse. The Daggett Farmhouse was built in 1754 in Andover, Connecticut. It's a pretty neat place. Nice and cozy inside too.

Today's docents, (who are dressed in period clothing), were washing and spinning wool. Wool that they really sheared from sheep who really live at Greenfield Village! There is a fully functional farm at the other end of the park. The Firestone Farm. They raise the sheep and the wool is washed and dyed and spun and then woven and sewn into garments and other goods. Right at Greenfield Village! So neat, right!? 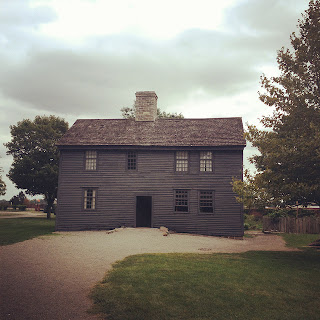 I love the light in the next two shots. 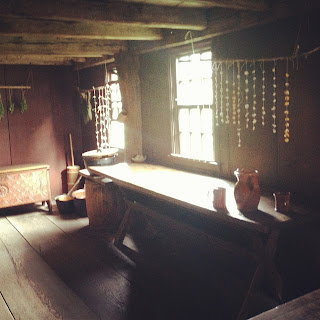 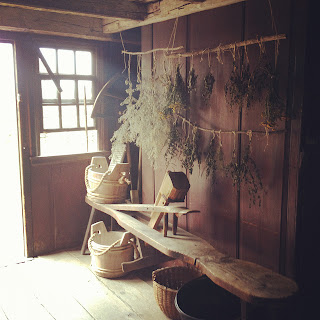 A very nice way to spend the day as summer comes to a close. If you're ever in the area, I HIGHLY recommend a trip to Greenfield Village and the Henry Ford Museum too. They really are both spectacular places.

Beautiful pictures and so much detailed information! I was just there today (We've got an annual pass as well, and love it!:) I've been there countless times and didn't know a lot of that, so thanks! Have you ever been around during the car show?

Hi Bella, it's nice to meet you! Thank you for the comment. I just saw your Greenfield Village post and it's wonderful! I loved the photos too, you're so creative.

I COMPLETELY understand what you were saying about perhaps being born in the "wrong time". The 1950's did look lovely, huh? Oddly, and I have no idea why, but I'm always drawn to the end of the 19th century, 1880's -90's. It seems like such a difficult time to live in though. Our house is from circa 1860, and I feel at home.

Isn't GFV fantastic!? And yes, I have been to the car shows. They're awesome. Is it Motor Muster this weekend?

So nice to meet you Bella!
Lauren :)