A Mouse In the House. Or Seven.

Hey guys, I'm just going through old posts that I began and never finished over the summer. Here's a post that is sure to gross you out. EEK! Another for the "For Posterity's Sake" category......

In August we began removing 95% of all items in our basement to a storage unit as we had some work scheduled to be done on our basement floor for early September. They needed us to basically clear almost everything out. Our basement was built around 1860, so it is NOT a normal basement. It's really a cellar, but at some point, the entrance was changed and now you access our "basement" down  a short flight of stairs off of our kitchen.

Our basement's ceiling is only about 5 feet' tall, but there's duct work that makes me have to duct! I mean DUCK! ;) You have to walk around crouched over, it's such a pain. One side has a cement floor and a little drywall on the walls, but the other side/room of our basement has all of the old building materials exposed. There is a DIRT floor! And the walls are dirt and large stones and OLD brick! It's amazing! I can imagine this too, being the old food cellar, shelves lined with canning jars and baskets of root vegetables.

When we were moving into a 150+ year-old house, we knew that it's not the most air tight dwelling that there is. Luckily for us though, we've only had a field mouse of two over the years.  Averaging less than one per year, and sadly, always a guy that our cat found in the basement. We had a critter control person over when we moved in to make sure any holes from the outside were sealed. We did our best to keep the outside out.

I haven't really thought about mice honestly, because it's been so long, but then, once we started emptying our basement out for the upcoming work.........all of the sudden...... MICE!!!!! (Tiny field mice only THANK GOD!) But still, MICE!

What in the world we thought!? One week Willow brought up one to our kitchen. (I FREAKED!) And the next week, she brought one to our BEDROOM. (I FREAKED EVEN MORE!) That's when we immediately caught on and realized that perhaps there were mice in our basement and moving their hiding places has brought them out!

From that night on, I was so scared that there would be more. We were hyper-vigilant at night especially, just waiting for any sound or the cats to act strange. Sure enough, the next day, we had one in our room again! And the next day, TWO, TWO in our living room , and the next night, another in our bedroom! I almost couldn't take it.

HOURS. Hours I tell you, HOURS were spent that week tearing apart our house. I mean you really have to careful take apart everything to safely catch the mice and take them outside! 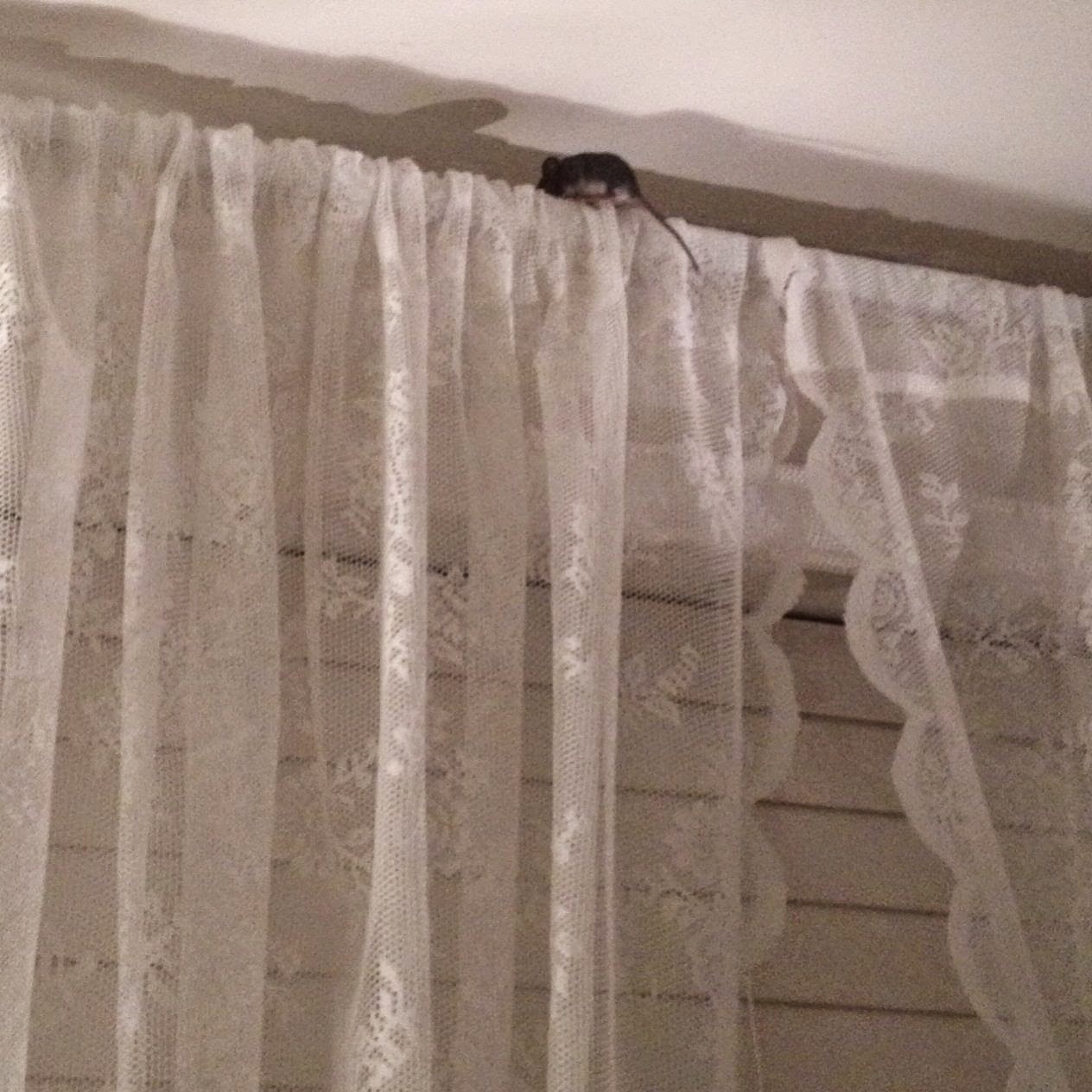 And THIS is how we catch them....with an old bucket and a record. No mouse was harmed, we just couldn't do that. But, we did have to take our curtains off the wall! (He was climbing the curtain.) 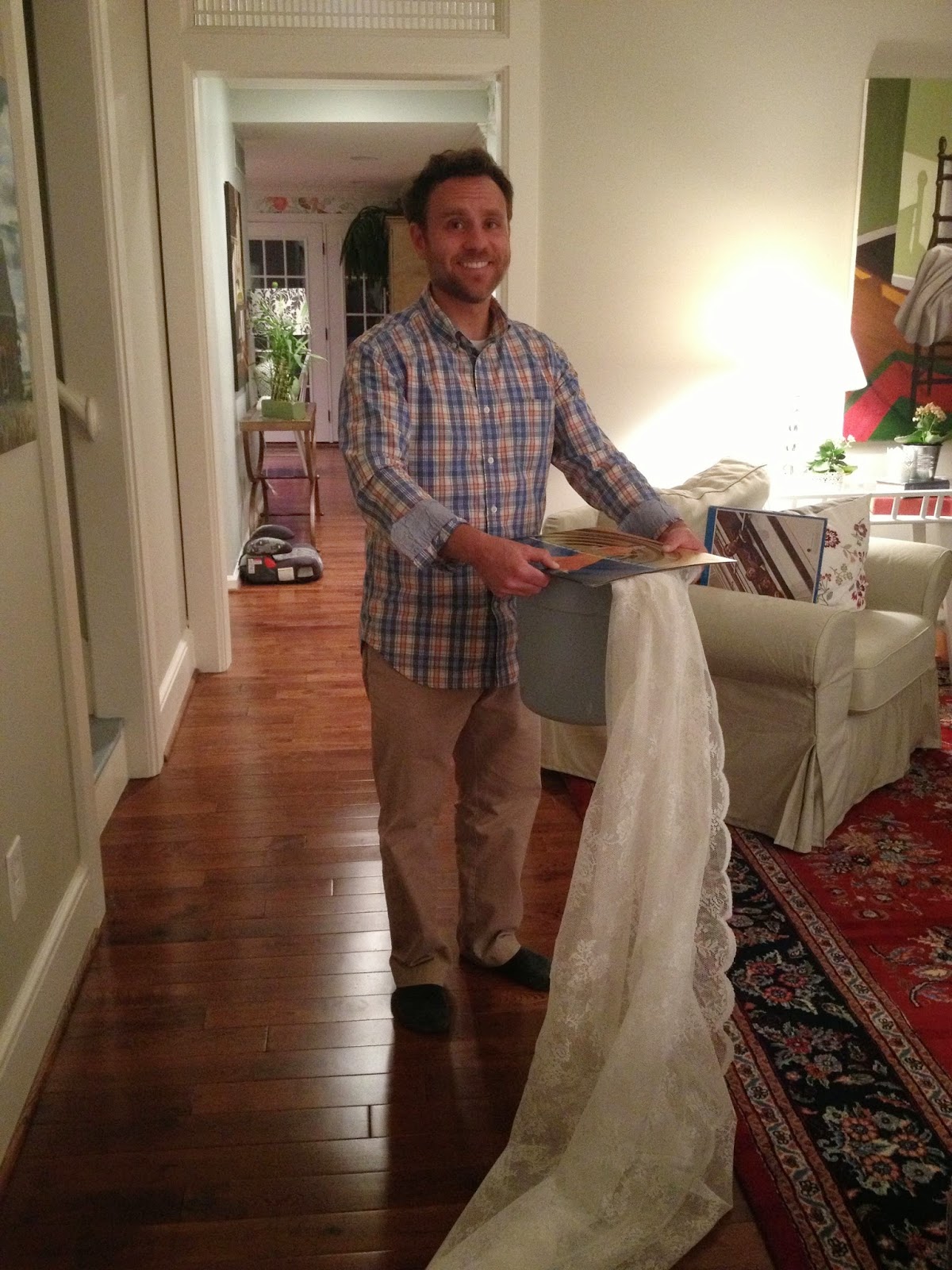 The Bob Dylan record was useful in the capture of mice. 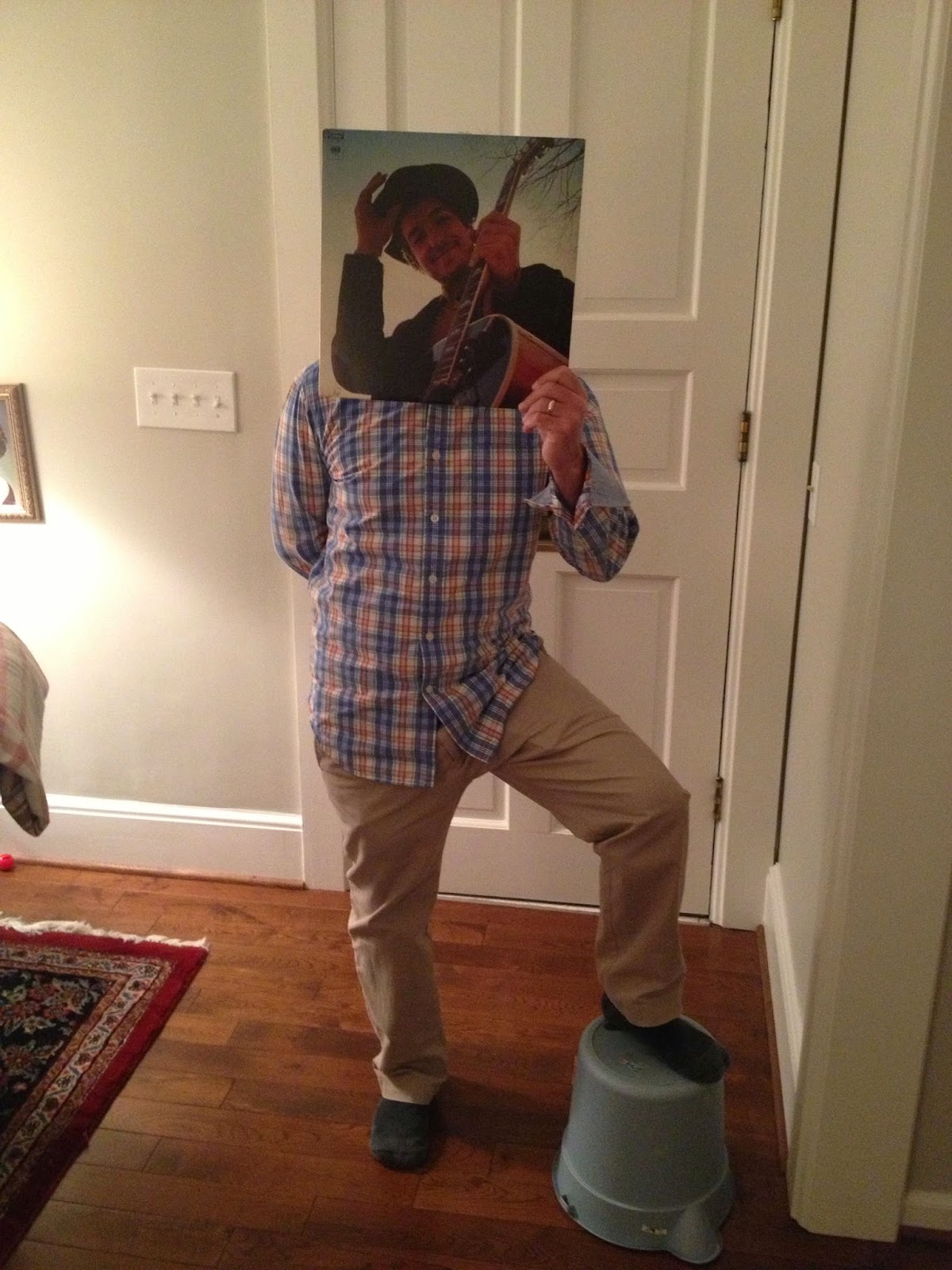 So we were all ready for this to be over. We found a few holes in the dirt walls in the basement and thought perhaps they were new. We called a pest control service with good ratings and the word "Eco" in their title. So, I thought maybe they would do "humane" catch-an-release with the mice. The man laughed when I said that! To his credit though, he did email us a day later though, and recommend  catch-and-release traps that he found online. Which we promptly bought! Also, when the work was done on our basement, the new holes were covered. We now close the door to the basement at night, just as a precaution.

So far, KNOCK ON WOOD.....it's been a month with no mice. Not one. Maybe it was a fluke, it had just started getting cold, maybe them came in.  I am super hopeful this is the end of that story. I will never forget working together with Jon trying to chase tiny mice into a bucket.

Email ThisBlogThis!Share to TwitterShare to FacebookShare to Pinterest
Labels: mice

Omg hhh it was funny though :p

Hi Hellwar!
You are right. After I stopped screaming with fear, and after we caught the mice and put them outside, we started laughing because this was crazy! :p

Just wait for the bitter cold of winter.