He is the Glue

I might go on all the time about how busy I am around here. How there is always a dinner to make or an errand to run or laundry to be washed and put away. I talk a lot about cleaning the house sometimes and what it takes to manage Noah during school breaks, but I realized tonight: who am I kidding? None of this is anything compared to what Jon does for us. It is he that keeps this home afloat during times that matter. Jon's the one, not me.

Tonight we had a cat emergency with our beloved puddle of love, Hector.  I noticed a sudden, large swelling on his forehead. Thankfully the vet thinks it is most likely a treatable complication from an eye infection he's been trying to get over, and feels that he should be alright (knocking on wood). Hector was sent home with a new type of antibiotic, new eye ointment, and some kitty Benadryl.  But when I saw the swelling,  I was panicked. Just PANICKED. Full blown dizzy, unable to make a decision (emergency vet or try to get into our own vet) and crying kind of panic. If Jon had not been there to stay calm, call the vet and rush Hector in, I don't know what I would have done. 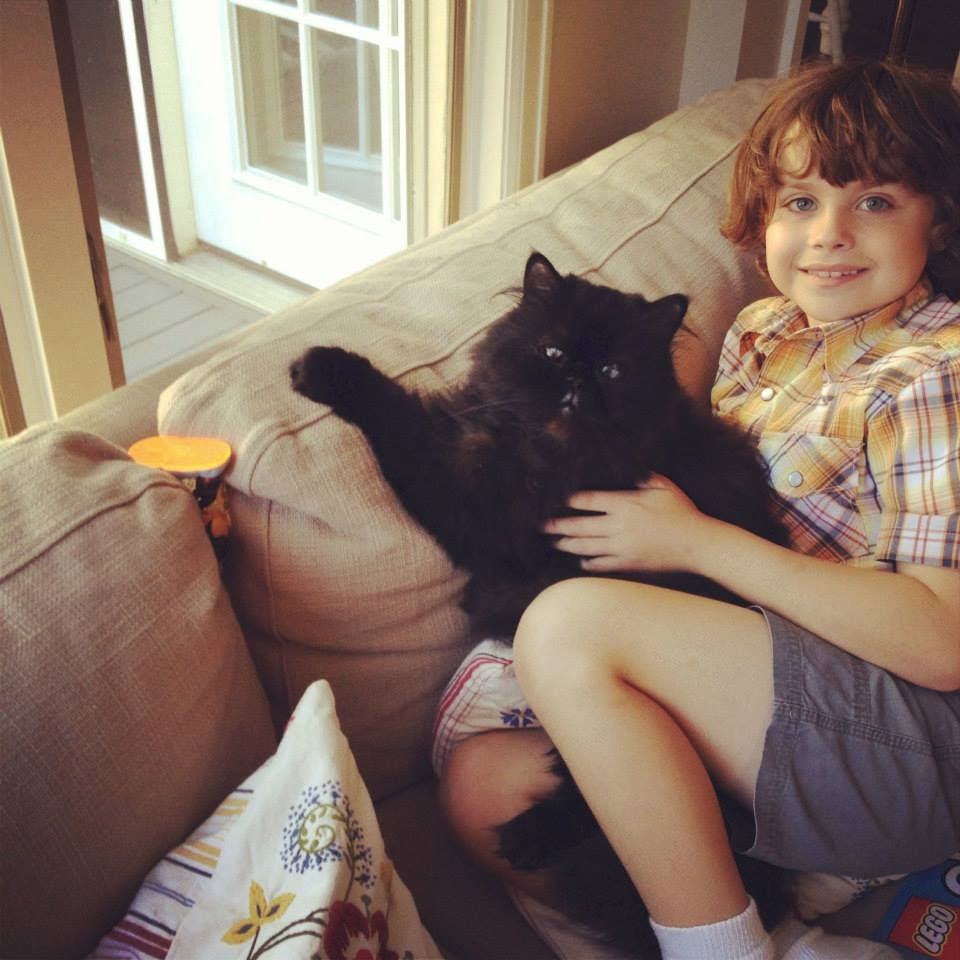 Well, I do know what I would have done,  I would have called the vet and rushed Hector in myself, but certainly, I would not have been calm.  In fact, I have a distinct memory of being in High School, home alone and rushing my hamsters John & Yoko into the vet for wet tail. I was sobbing. Sobbing, sobbing, barely able to stay on the road.

This is nothing to be proud of, I know. Some would even say it's shameful, but it is true. I guess, especially when it comes to my sweet animals, I don't hold it together so well. How lucky am I to have Jon there to do it for me.

He does all the things that I'm too afraid or squeamish to do.  Like burying poor little dead birds we might find in the yard or crawling under the deck to check the house's foundation for cracks. He goes into the dark, dusty basement for items that I need, and talks me down when I randomly worry about radon. Which is embarrassingly often.

And then there are the everyday things. Jon takes out the garbage on garbage night. He handles all of the repairs that our home needs and takes my car in for service. Jon pays the bills and explains to me how insurance and mortgages work. Again, embarrassingly often. 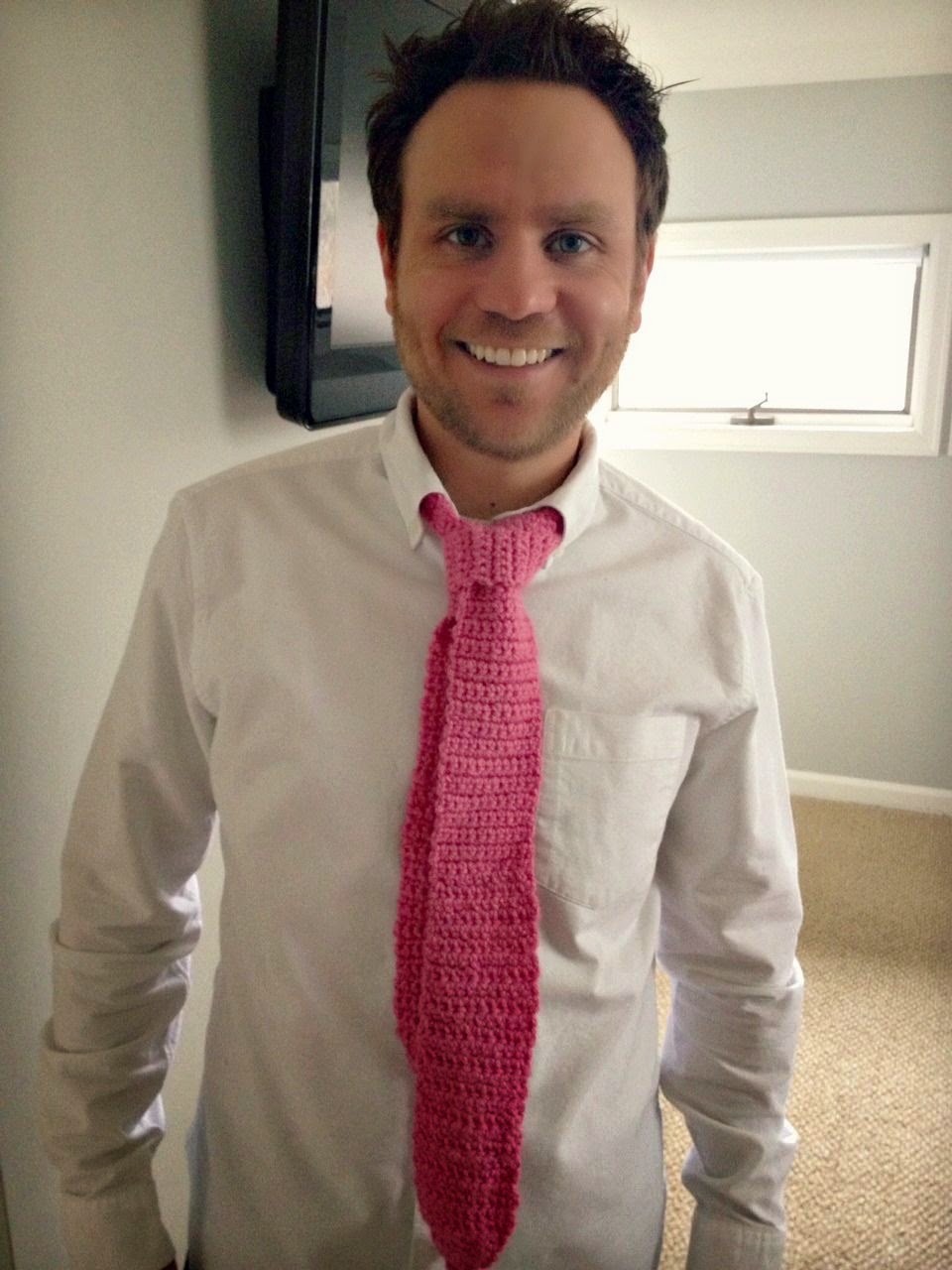 (He even wears unbearably crocked and dorky crochet ties that I make for him.)

And when he goes out of town, I feel it. Noah and I are FINE, we order pizza and eat too much ice cream and stay up a little late, but I always know it's just considered treading water without Jon here.  He's the glue.

Today Noah and I were telling each other "happy memories" of our cat Priya, who passed away last summer. We miss her so much, and once in a while, telling a funny story about her just makes us laugh and feel better. Here's the story that I told Noah:


"Once before you were born, Dad and I moved to San Francisco. And because nobody would let Dr. Joel Fleischman (our guinea pig) on a plane,  Dad had to drive us all across the country in his car. A very small, red,  two door coupe, filled to the brim with luggage, a guinea pig in a large cage, a cat and a kitty litter box. Five days, FIVE DAYS on the road, in a little car with A GUINEA PIG, A CAT AND A KITTY LITTER BOX.

Do you know what it's like to drive for five days straight? It's not fun. And when we finally arrived in San Francisco, pulled up into the driveway of our new flat and unlocked the door, Priya leaped out of our arms and ran directly into the living room and INTO THE FIREPLACE! She ran UP the chimney!
Then I panicked. But your Dad, he stayed reasonably calm, dropped our suitcases and tried to crawl up the chimney himself. Priya only got slightly beyond the flue, and miraculously, your Dad was able to pull her out. She was a black, sooty powder puff. So the first thing we did in our new house, was wash a road weary, dust covered and angry cat in our kitchen sink. Which was, as you can expect, very messy. Your Dad was never a pet owner growing up, with all of my animals, poor Dad I've put him  through a lot." 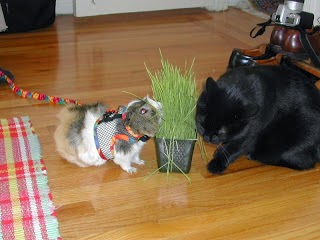 Later this evening I sat down with Jon and hugged him and thanked him for being there for us tonight. For doing all that he does for this family. I re-told the story of Priya and the chimney climb and said that I'm sorry, with all of my animals over the years, I've put him through a lot. And he said "Yeah,  $3,000 a lot!" After which he reminded me of the $700 Californian emergency kitty enema. Yeah, that was a lot. Worth every penny though we all love our furmily, especially Jon.

Thank you for writing your blog. Having a read of "how bourgeois" often cheers me up. Thank you xx

Dear Anonymous friend who just commented that they remember many funny stories from the San Francisco days.... I'm so sorry! I was half awake and accidentally pushed "remove" instead of "publish"! I'm trying to get your comment back, but can't seem to figure it out. Bottom line, I'm sorry and also....THANK YOU! I really appreciate the encouragement !!!! <3 <3 <3 I won't make this comment mistake again! xoxoxoxoxoxoxoxoxoxoxo

This made me smile. =) I feel the same way about my husband, I am so blessed.He takes care of all the spiders around here & so many other things too. Otherwise, I would be forever standing and staring at the creepy crawlies that happen across our ceiling so frequently. LOL I'm so glad your kitty is okay! Loved, loved your guinea pig story. My daughter had a guinea pig named Rachel. Brought back fond memories. =) Thanks for the smiles. Your friend, Valerie

Thank you for always leaving such thoughtful comments. You are the best! :) Yes, I think we're lucky! I don't know what I'd do without Jon. Like your husband, he is also the "spider guy" in our house. This might sound ridiculous, but I have this small tupperware cup that has a lid, and I have Jon catch and then release the spiders outside. He's nice enough to go along with it. LOL.

Also, I absolutely LOVE that your daughter had a guinea pig named RACHEL!!!! That is so adorable. I just love her name choice. Aren't "pigs" so cute?

Thank you for brightening my day Valerie! Sending a hug.
xoxoxoxoxoxo,
Lauren